How Artists Should Deal with Auto-Renewing Contracts 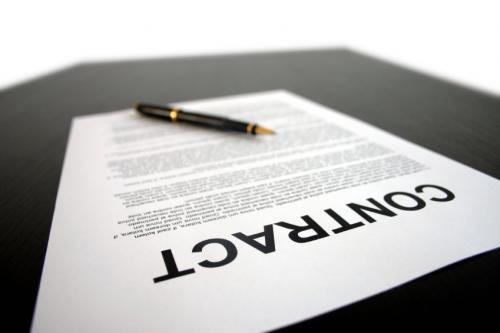 It’s easy to fall into the routine of scrolling past terms conditions agreements without thinking much about them. However, they can often affect the future of your music, where it can be released, who controls it, and how it can be distributed. For example, a licensing agreement can change how future revenues are received (or waive future royalties entirely); a contract with one distributor might limit future opportunities with another; some sponsorship agreements will bind you/your band members to one specific type of product. These are all instances when you are limited by the choices made without full consideration of long-term effects.

Many contracts have expiration dates and/or auto-renewals. While these kinds of terms make the flow of services consistent, they can also be tricky to get out of if you don’t contact the party within a certain window of time. Also, keep in mind that these clauses are designed to benefit the service provider so that they can continually receive business. For example, I once signed a digital distribution deal years ago that was a three year contract. In order to cancel the contract, I had to submit a written request 30 days before the expiration – otherwise, it would renew for another three years. That could easily be a six year agreement that would block me from changing distributors or accepting opportunities from a service with a better fit.

There are also a few other reasons to mind the expiration dates of contracts. For example, some contract providers (such as licensing agencies) have non-exclusive agreements. However, if you want to switch to an exclusive service, you’ll have to cancel those agreements first.

In general, you should make it a habit to save copies of each agreement so that you can be aware of these restrictions. You might even consider having a lawyer look over the agreement as well. The longer or more complex the agreement, the more likely you should have a lawyer involved.

Create a File for All Your Contracts and Review Their Dates

You should have written/printed copies of every agreement you make on behalf of your music: licensing deals, distribution, recording contracts, etc. However, you should also have the cancellation clause, auto-renewal terms, and expiration date highlighted in every agreement. If you don’t have the contracts in a readily accessible place, take a few minutes out to print out copies of your agreements. I also recommend scanning these and keeping pdf copies in your digital records as well. As you look up the expiration and renewal dates, set a reminder for each one in your calendaring system so you can review agreements and decide if you want to continue them or not.

There’s another reason for this as well: sometimes, you want something to be renewed every year but you need to reapply for it (such as a sponsorship or roster position). Setting an annual reminder to review and prepare for the application process will keep you ahead of the game so that you can submit things on a timely basis without being rushed last minute – or worse, miss a deadline entirely.