I decided to give the new system another shot today.

Yesterday, I spent about four hours re-working my artist profile, adding all of the elements that were lost in the transition, trying to make the layout as least unattractive as possible. Today, I found that most of my changes were lost (even though they were there last night when I logged out). These include:

In fact, when I logged in, I found those areas to be completely blank: 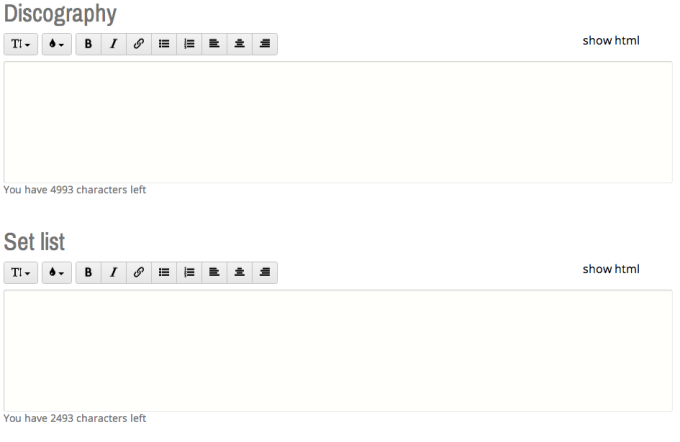 Well, that’s a bit frustrating, especially because there is no “save as you go” feature. You can hit “submit” at the very bottom of the screen though. I re-entered my information today, hit submit, and got this message:

When I scrolled through the profile, there were no errors flagged. I deleted the information and tried entering it in, one box at a time. Got the same message – essentially, I couldn’t save. I used the help chat feature only to get the same message as I got yesterday: “…is in the process of being migrated.It should be available in the next few hours.” Unfortunately, this doesn’t help when I’m in the middle of booking a tour and have over a thousand emails out, all sending people to an incomplete, scattered EPK.

I ran into another issue when trying to add press/reviews in the profile: 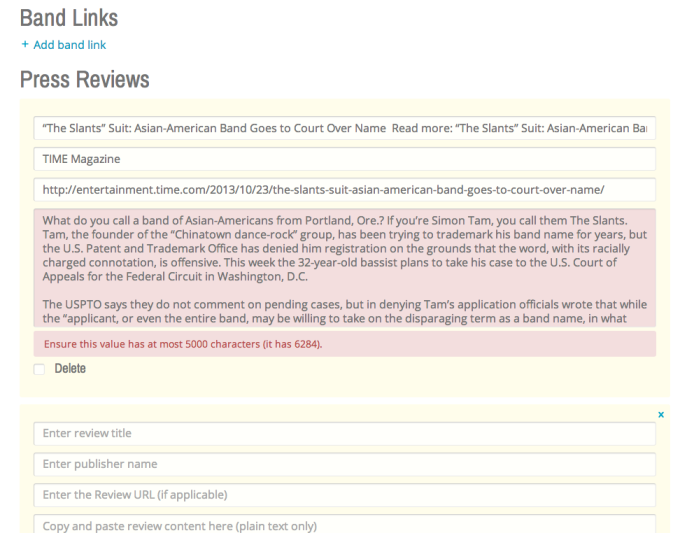 This isn’t a surprise; in fact, there was a character limit on the old system too. The problem is that if you begin pasting in reviews and trigger the character limit, it creates this error message. Even when reduce the text to be in compliance, the over-character limit triggers an error in your profile so you can’t save anything after it. You have to log out, then log back in and start over again.

Also, they say that content is being migrated – so what happens when you enter this in and they migrate the old: is it duplicated? Does it create another error for having too many? Or will it override certain changes? I asked Sonicbids using the chat feature but didn’t get an answer on how to proceed. 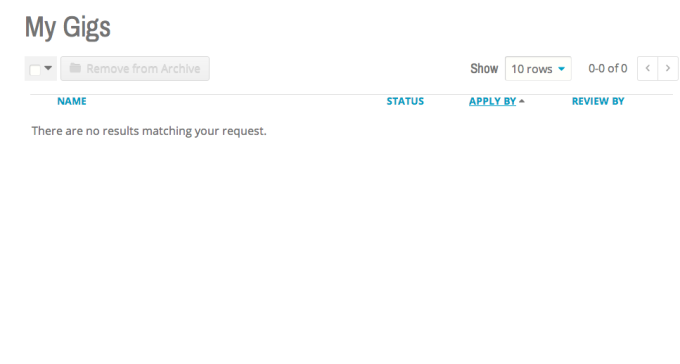 In other words, completely empty. Every rep I’ve asked replies with the same: “we’re migrating content, it should be available in a few hours.” Unfortunately, it doesn’t help when i’m trying to follow up with contacts and submissions made for the tour I’m booking right now.

MORE DOWN TIME AND ERRORS AHEAD

I understand that it takes a huge amount of work, time, and resources for a complete website redesign and migration of resources (in fact, I’ve managed the process for even more complex systems, like colleges and universities’ websites, student data registration, etc.). I’m guessing there will be more bumps along the way as new errors are discovered, etc. It’s difficult to anticipate every issue in advance and sometimes you just have to pull the trigger. That being said, I would have liked to see:

As a customer for six years, someone who has spent thousands of dollars on a premium account and gig submissions, and someone who has written several guides and a book praising the Sonicbids EPK system, I couldn’t be more disappointed in the lack of transparency, service, and lack of foresight. I’m going to give it another few days and see if the kinks can be worked out. After that, I’m going to completely re-work all of my materials I’ve created over the years and direct people to another EPK because this one simply doesn’t work. 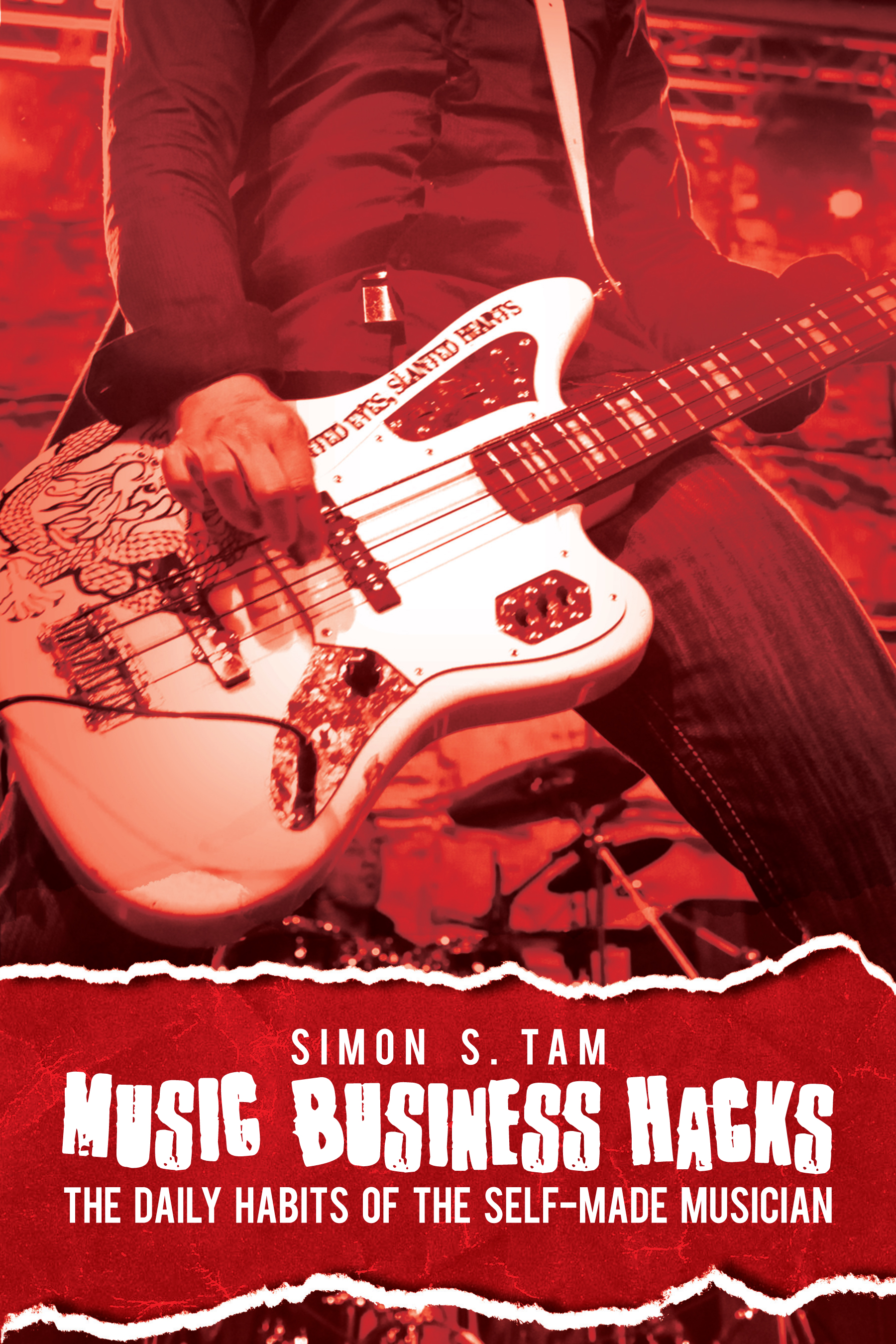